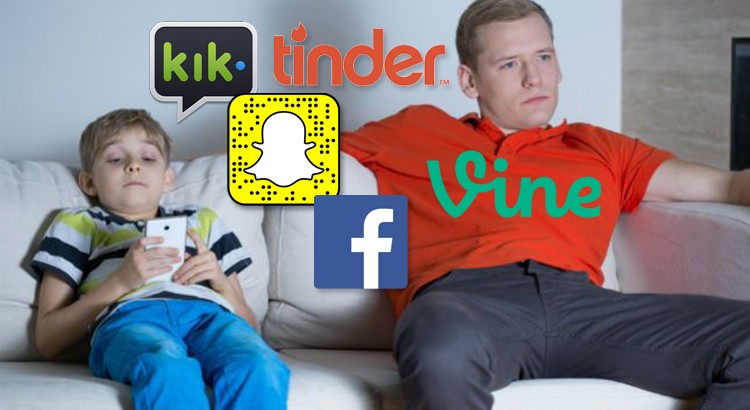 Today social media has become an essential part of the lives of the children, especially the teens. Study shows about 90% of the teens have used social media in some or the other forms and about 75% of them have a social media profile. According to many surveys more than half of all the American teens regularly visit social networking sites. According to the study 9 out of 10 teens post their photos online or use their real names to create profiles; 8 out of 10 reveal their interests and birthdates and 7 out of 10 post names of their schools and also the name of their living town. These kinds of actions can easily make kids the targets for the online predators and also others who might want to harm them.

Today this is the number one app for sharing image chatting. Moreover this app is used for many people for sexting as they think this is the safer way to sext and that the images shared in the app just remain for few moments evaporates. However, this is not true and the images get stored in the third-party server. Many teenage boys got into serious legal trouble in last few years for capturing and distributing many illegal photos that were sent to them by the underage girls. In case your teenage kids are using Snapchat ensure to see how they are using it and make sure that they are communicating only with known people.

This is a name that revolves around the mouth of people all over the world. There are hardly any people who don’t know this name. This is the most popular social media app and website and is used as a media for social media marketing. This is today’s app that connects people with people. However, on the flipside it can cause harm to your children if they don’t use it properly. Make sure that your child properly knows how it can be harmful to damage their repute if anything is posted on Facebook improperly. Someone can take their photos from their profile, morph it in wrong way and share them on Facebook again – once on internet, always on internet. Even worse, if your facebook account is hacked it may leak all private information to hackers.

This is dating and hooking-up app that gains popularity in the recent time. This app is used by many people in order to find local hook-ups through GPS tracking system and also users can rate the profiles in the app. The more ratings a profile gets the more popular it becomes in the hooking-up activity. If the kids are not aware of the app in proper manner they can easily fall prey to the online hookers and can be easy target for cyber-bullying. A group of kids can easily target another kid and they can purposefully make his/her ratings go down.

This is one of the mostly used app for sharing videos with your contacts in the app. This app allows to share only 6 seconds video. The app was proved to be totally safe when launched bit as time passed it became vulnerable and teenagers fall prey to the vulnerability and this threat is due to the peer pressure on the social media. Teens are prone to do anything and everything in order to get attention and acceptance in the social media. One such example is the video shot of the teens across the world set themselves on fire for being featured in the app and get famous.

This is an instant messaging app that has more than 100 million users. This app is a highly useful app that allows users to exchange pictures, sketches and videos. The app also has the feature of sharing YouTube videos and create digital gifts and memes. Today’s kids using this app for sexting and is quite popular among them for the activities. They often share their nude selfies through this app, which can land them in trouble in the future. Interestingly the app has renamed one of its feature called “Sext Buddy” with “Kik Buddy”.