How to keep your child safe using Mobile Spy Software 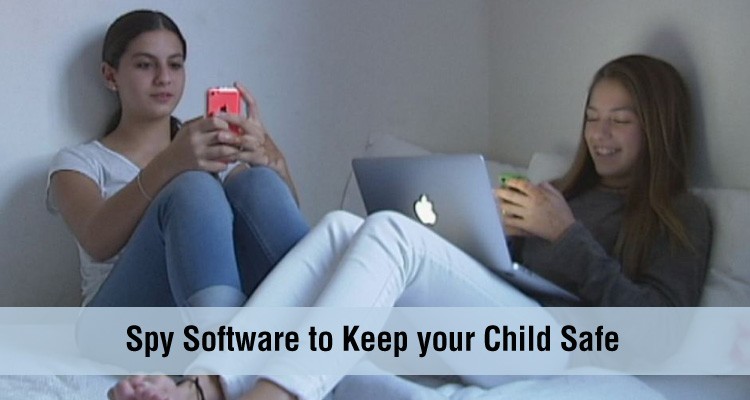 Parents are always worried about their children’s safety, aren’t they? A decade or two ago, when kids didn’t own personal gadgets, it was quite easy for parents to take care of their children. They just needed to make sure that their children are safe at their school and are not bullied by anybody in the vicinity of their residence.

However, there has been a great increase in the trend of using smartphones by kids. Moreover, various research studies show that among all the operating systems, Android is most popular among teens due to its superb apps, user friendly interface, and superior performance. With such a great increase in the usage of smartphone technology, it is certainly very difficult for the parents to monitor the activities of the children online and offline. In such a situation, the only possible solution is cell phone spy apps. Before investigating how it can protect your child, let us see what it is.

What is parental spy apps

Spy software for children are being developed by companies irrespective of their size so that parents can monitor and keep a track on the activities of their children and to give them the power to keep a check on any cyber bullying incidents which may be taking place either by their own child or with their child being a victim of such behavior. By making use of a cell phone spy software for children, the parent is able to know what is going on because of an activity report which is given to them by the software thus letting the parent know when and if his/her child has been involved in such behavior. The software also gives parents the ability of filtering content online and to block sites they feel their child should not visit due to it being unsuitable for them. Furthermore, the monitoring apps for children used by parents also allows them to monitor any posts their child uploads or even the conversations he may be having with others while making use of social networking sites.

Having defined the spy software, now let us see how it can protect your child.

Reasons to use mobile spy apps

When children are left to use the internet and social networking sites in particular without any supervision, identity theft and cyber bullying can occur along with other associated problems. While no mechanism exists for parents to be able to constantly know what their child is up to in the real world, the use of spy software for children by parents can prove to be quite a helpful tool as it would allow monitoring to be conducted of online activities as well as giving parents an idea as to who their child communicates with and where they are going. By making use of the spy software for children, parents and other adults can figure out exactly what goes on in the world of children and in particular with respect to technology which has taken over their lives.

Originally confined to the boundaries of a secondary school, bullying has also gone online, and is one of the greatest threat which a kid is exposed to. Kids who are bullied online face serious mental problems such as depression and anxiety which may lead to suicide. The most worrying aspect of such a serious problem is that most kids never let their parents know that teens are being bullied online, due to which the problem remains undetected. To avoid such a big threat, parents should install an Android spy software on the Android gadget of their child, through which they can come to know if their child is being bullied through social media, email, or through text and multimedia messages.

Are you often worried where your child is when he is away? Do you think that your child spends time with his vagabond friends instead of going to the school? If yes, then such a software application can certainly help you, as you can readily come to know the location of your kid. Most of the apps track the location of the kid through GPS.

Besides tracking the real time location, you can also set certain geographical limits for your kids too. For instance, you can set a certain area (off course in meters) where the Android cell phone of your child must stay. In case, the kid moves out of the set limit along his smartphone, the Android spy software will notify it to you.

Calendar entries can also be monitored with the help of a sophisticated android spy software, which means that you can easily monitor what your child is planning to do in near future. If you find anything suspicious, you will have more than enough time to investigate the matter and take corrective action.

Is your child among those who are ranked as obese by BMI? Is it true that you always try to stop your child from eating fast food, but he always saves some money to visit his favourite fast food restaurant? If so is the case, it is the right time to install an android spy software on your kid’s android phone. When your child is away, you can always track his location through the installed mechanism and can come to know if he is eating his favourite burger at some fast food cafe. In this way, you can always keep an eye on his food consumption, which will let you control kids obesity.

Parents always ask their children not to view obscene content online, be it videos, photos, or merely text. Some parents also ‘turn safe search on’ in order to prevent their children from viewing adult content. But you would agree with me that such steps aren’t enough at all. There must be a mechanism in order to monitor the internet browsing behaviour of your child. The said purpose is served through an android spy software, which will let you know if your child views explicit content online.

Concluding the tale, it can be asserted that an android spy software is the ultimate solution if you want to make sure that your kids are using cell phones in a way they are supposed to do. No matter you use it for the purpose of their safety, health, or mere monitoring, such a software is always a safe option to choose.

By installing a spy software for children on the home computer and the cell phones used by children, parents can ensure that while the internet is used, they are kept safe with respect to cyber bullies or any other predators as well as content which may be in appropriate for them to view. While a spy software for children is definitely a helpful tool, it shouldn’t be considered as the only tool to be used. Parents should also have a talk with their children and teenagers regarding the matter and how they should deal with bullies if they happen to face any.

Additionally, parents who make use of spy software for children need to be extra careful and vigilant and not only pay attention to the virtual lives of their children but should also focus on their real world lives as that is also where incidences can take place. Children should be taught how to report such matters and to not feel guilty or embarrassed in doing so. Thus parents are seen to be playing an important part in the lives of their children in terms of keeping them safe and staying alert and vigilant on their own too.